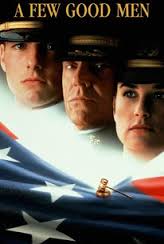 One of my favorite movies is “A Few Good Men.” I love the iconic scene where Jack Nicholson screams at young lawyer Tom Cruise

The Truth About the Oakland Police Department

This past week, Oakland was rocked with details of two “cover-up” claims by OPD supervisors and City officials.  Homicide Detective Sgt. Mike Gantt alleges that top police officials and city leaders, including Mayor Libby Schaff, retaliated against him because he tried to investigate the death of Irma Huerta-Lopez.  Gantt believes, along with many others, that OPD Officer Brendan O’Brien murdered Huerta-Lopez.

Irma Huerta-Lopez was the wife of disgraced OPD officer Brendan O’Brien.  She was found dead in their home in June 2014 under suspicious circumstances. Her family alleges that O’Brien killed her and OPD covered it up.  O’Brien killed himself in September 2015.  He left a note about his sexual exploitation of a minor (my former client Jasmine).  OPD covered up the note and the police sexual abuse ring for 9 months.  KRON 4’s Haaziq Madyun blew the case open in May 2016.  O’Brien was never arrested or charged for his wife’s death.

The second case filed in federal court this week details OPD’s cover up of criminal conduct by another officer.  Olga and Nemesio Cortez are suing the City because they were attacked by a drunken OPD officer in their home in December 2015.

The rookie officer, Cullen Faeth, is the son of OPD Sgt. David Faeth.  The lawsuit alleges that hours after the attack OPD officers and supervisors paid 2 midnight visits to the Cortez family trying to confuse and dissuade them from filing charges.  The lawsuit alleges that OPD officers tried to manipulate an eyewitness to the attack to misidentify a second suspect who flashed a gun at Mrs. Cortez.  The Cortez believe the second suspect was actually Sgt. Joseph Turner pictured here. 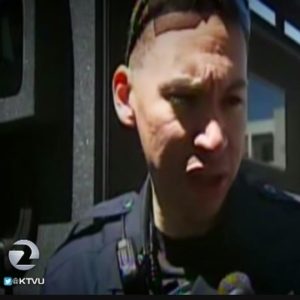 The lawsuit alleges that the Cortez family found out that their assailants were OPD officers weeks after the attack.  Neither OPD or the District Attorney’s office shared that information with them initially.  Ironically, Mrs. Cortez is an Alameda County probation officer.

The Code of Silence

Every police department is vulnerable to the abuse of power.  Police exploiting women for sex and law enforcement officials covering it up is not new in the Bay Area.  Police and public officials covering up criminal conduct by police officers is not new in Oakland.  We  know that “the only thing necessary for the triumph of evil is for good men to do nothing.” (Edmund Burke)

A citizen asked me recently, if the police are doing the crime, who should we call to come protect and serve us?  I told her, in Oakland, you have to protect yourself. 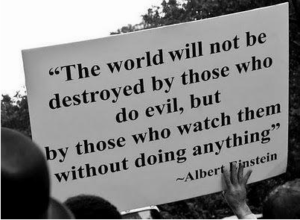 The question for OPD is do you have “a few good men?”  The question for us as a community is “can we handle the truth?”  I hope we pass Measure LL on Tuesday.  It’s a good step in the right direction of our search for truth.

Will He Keep His Promises?