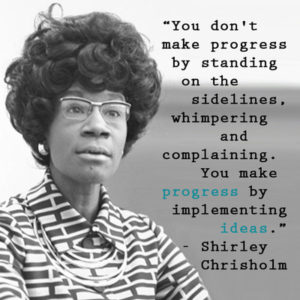 The State Bar is asking for public comment on new Rules for lawyers by September 27, 2016.  The current rules have been in effect since 1987.  The last comprehensive revision of the California Rules occurred in 1989 and 1992.  In November 2014, the State Bar appointed a Commission to review and revise the Rules of Professional Conduct.  The Commission was charged to work to promote confidence in the legal profession and the administration of justice and ensure adequate protection to the public.  The new proposed rules are to be submitted to the California Supreme Court by March 31, 2017.  Once approved by the Supreme Court, the rules will apply to 190,000 active lawyers in California.

For 22 years, the State Bar of California has been unable to enforce its own anti-discrimination rule.  Rule 2-400 prohibits lawyers from discriminating against clients or employees.  We are sanctioned, disciplined and monitored for many rule violations, but the basic requirements of Rule 2-400 are not enforced unless and until there has been a final court decision finding discrimination by the attorney or his firm.  This clause has made Rule 2-400 irrelevant for the past 22 years. Based on my 33 years of experience litigating discrimination claims, I can tell you that discrimination, especially race discrimination, is very hard to prove and get a final judgment.

We have the chance to change the status quo.  The Commission for the Revision of the Rules of Professional Conduct has recommended a new rule (8.4.1) to eliminate the requirement of a judgment of discrimination and allow the State Bar to enforce the rule against discrimination the same as it enforces all other rules.  The Commission’s recommended version of the rule (ALT1) has been watered down by a Staff version (ALT2) to keep the State Bar from enforcing the rule unless and until there has been a judgement against the lawyer.

Public comment can be submitted online here.  The deadline is September 27, 2016 by 5:00 p.m.  If you are not able to use the online form, comments may be submitted by mail to:

Tell the State Bar what you think.  Tell me what you think! Do we want our State Bar to take discrimination as seriously as it takes all other rule violations?  Feel free to post your comment here.