In Gender Equality, Politics and Elections, Women in Politics

Kimberly Ellis is a Black woman and the former Executive Director of EMERGE California. She is running for Chair of the California Democratic Party for the second time. Kimberly’s message about redefining what it means to be a Democrat is inspiring, particularly in light of the party’s failures for at least the past two decades.

On May 20, 2017, Eric Bauman was elected Chair of the California Democratic Party (CDP). Bauman narrowly defeated Kimberly. The CDP says he won by 62 votes. It really was a contest between “old school” Democrats vs “new school” Democrats. The delegates had a clear choice between (a) someone relatively new to the party and (b) someone who had waited years for “his turn.” I reported on this exciting contest in 2017. I supported Kimberly Ellis.

Bauman was Vice Chair of the CDP for almost 10 years (2009-2017) and Chair of the Los Angeles Democratic Party for 17 years (2000-2017). Not surprisingly, his endorsement by the LA Democratic Party was won with 94% of the vote. Bauman was considered the” consummate party insider.” Bauman resigned his position as CDP Chair in disgrace in late 2018.

On January 15, 2019, 3 current and former CDP employees sued the CDP and Bauman. They claim there is a culture of harassment and sexual misconduct at the CDP that is “well-known and apparently tolerated” by top officials. They describe a workplace where drinking during the workday and inappropriate sexual conduct and comments were tolerated, and party leaders retaliated against those who reported allegations of harassment. In April 2019, more staffers sued the CDP and Bauman for the same type of conduct.

Bauman’s former assistant at the LA Democratic Party filed the second case. William Floyd says Bauman sexually assaulted him at least three times and groped him on numerous occasions. Floyd says Bauman threatened him, telling him “if you cross me, I will break you.”

The fact that Bauman’s outrageous conduct was “widely known” and tolerated for whatever reason is deeply troubling. Bauman was clearly a sexual predator with “no shame in his game.” He abused his power openly in grotesque ways. He knew he could get away with it. Apparently, no one cared enough about sexual oppression, or felt empowered enough within the party to say or do anything about it until CDP staffer Kate Earley broke the silence.

Today, Kimberly Ellis is the front-runner in the CDP Chair race. If elected, Kimberly would be only the fourth female Chairwoman of the CDP in 128 years. She would be one of less than a handful of Black women Chairs of State Democratic parties. Rusty Hicks and Daraka Larimore-Hall, both men from Southern California stepped up to run against her.

In my view, Rusty Hicks comes out of the same cesspool of sexism and white privilege that birthed and fed Eric Bauman. Rusty is a longtime labor leader with the LA County Federation of Labor. There is little doubt that Rusty worked closely with Bauman for the last 14 years. Indeed, in 2017, Rusty supported Eric Bauman. I believe that Rusty had to know about Eric’s outrageous misconduct and said nothing. In too many ways in 2019, Rusty looks like Eric Bauman’s surrogate replacement.

The other leading contender for CDP Chair is Daraka Larimore-Hall. He was elected as Vice-Chair in 2017 by winning 84% of the votes. The first sexual harassment lawsuit filed against the CDP and Bauman in January, however, names Daraka as a person who tried to dissuade the lead plaintiff from filing her complaint. As a result, Daraka has not been able to overcome the perception that he was complicit in Eric’s misconduct.

So why is Rusty not similarly disqualified? Maybe because Eric is a clean-shaven white man while Daraka is a Black man. In addition, Daraka is a former Democratic Socialist who supported Bernie Sanders in 2016. Therefore, Daraka’s political principles are not popular with the party elite. But, having listened to all 3 candidates, I can say that Rusty Hicks is the least impressive.

The Party Elite Have the Power

Kimberly’s greatest challenge is the power of the party elites. These “electeds” get between 2-6 votes each, depending on the size of their constituency. In addition, if they successfully ran a slate of candidates in the 2019 ADEM elections, they may have as many as 20 votes.

The California Legislative Black Caucus (CLBC) has 10 members. They have up to 60 votes. The Caucus has endorsed Kimberly. However, that is no guarantee that its members will vote in accord with the endorsement. At least two CLBC members – Assemblymembers Reggie Jones-Sawyer and Steven Bradford – have publicly supported Rusty. For example, in 2017, CLBC members Jones-Sawyer, Bradford, Mike Gipson, Autumn Burke and Chris Holden supported Eric Bauman over Kimberly.

The California Women’s Legislative Caucus has 36 members, including 31 Democrats. That’s a trove of at least 186 potential votes. But not all women support women. In 2017, Senator Nancy Skinner supported Bauman. Senator Kamala Harris did not vote for Kimberly in 2017 and she has not endorsed her in 2019. My commentary on Kamala Harris is in Part 2.

Statewide Constitutional officers like Betty Yee, Fiona Ma and Tony Thurman have all endorsed Rusty. It seems that they are progressive until it comes to supporting the leadership aspirations of a Black woman.

How Can You Help?

Many people outside the CDP question whether they can influence the race. The answer is yes! First, you know someone who knows someone who is a delegate to the CDP Convention. You just need to find that person and urge them to vote for Kimberly.

Second, you can reach out to the key legislators and ask them to vote for Kimberly. Hit them on Twitter. Message them through Facebook. Call their offices. Send a e-mail. Let them know that you are watching. Here’s how to reach the 10 members of the California Legislative Black Caucus:

Here’s how to reach the 3 women who represent the Bay Area and will control at least 18 votes at the Convention:

In conclusion, the vote will take place on Saturday June 1st. We will see what the CDP really stands for! 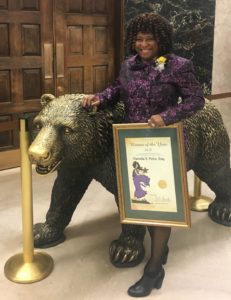 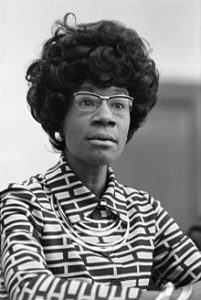 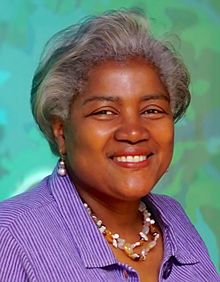 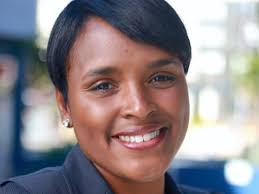 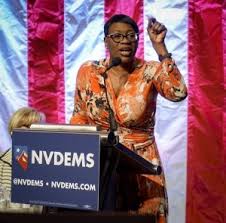 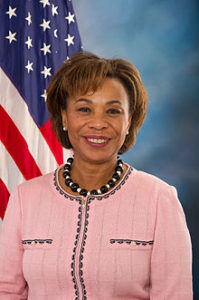