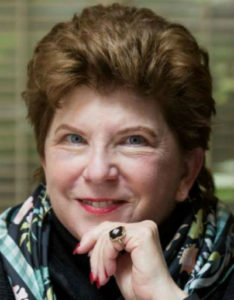 As we enter Women’s History Month 2017, we are in the midst of seeing history made. Delaine Eastin is running for California Governor. She is only the fourth woman in the history of California to run for Governor. Delaine is the only woman in the 2018 Governor’s race.

She is the first and to date, the only woman ever elected as the State Superintendent of Public Instruction.

For almost 40 years now, California’s entire education system has been in crisis. It continues to be in crisis. In 2004, a UCLA study of conditions 50 years after Brown v. Board of Education found that California has a HUGE “racial opportunity gap” in our primary school system. 50 years after Brown, our schools were deeply segregated. More than 63% of white students attended a majority-white school, while most Black and Latino students attended either a Black-majority school (78%) or a Latino-majority school (81%).

The factors that hinder education most profoundly for Black, brown and low income students are:

In 2004, the Legislature enacted a series of bills to address these problems in response to the Williams v. California lawsuit. Williams was filed on behalf of public school students denied equal educational opportunity based on the 4 factors above. A post-Williams report concluded in 2013 that “Williams is working.” The study found significant progress in most areas with the exception of the physical conditions of the schools.  75% of schools still had an issue that prevented it from being deemed completely clean, safe and functional. Moreover, the State consistently failed to fund the Williams’ Emergency Repair Program for conditions considered urgent threats to health and safety.

In 2014, however, California’s per pupil spending had dropped to 39th in the nation. Asian and white students continue to have much higher graduation rates than Black and Latino students. Our 4th and 8th grade students are in the bottom 10 states both in math and reading. Even with the Local Control Funding Formulas adopted in 2013, the amount of resources dedicated to and actually spent on students falls short of the mark. The racial opportunity gap persists today.  California educates almost 1/8 of American students, so our failure is very much a national failure.

Delaine Eastin faces an uphill battle for California Governor. She is the only woman in the race in a State that has never elected a woman Governor. She’s the oldest person in the race and she needs money. A lot of it. Frontrunner Gavin Newsom, the playboy kid of California politics has $11 million in his war chest. Money is “the mother’s milk of politics.”  I call it “the microphone” for the message. You must have a microphone to get your message heard.

Some chide Delaine Eastin because education is her strong suit. I think the fact that education is her “signature issue” makes the case for her election now more compelling than less. Delaine led the successful 2016 campaign to pass Propositions 51, 55 and 58. These measures are critical to funding education in California.

Gavin Newsom’s signature issue appears to be ending gun violence. This is an issue near and dear to my heart. Every time someone is killed with a gun in Oakland, my heart burns, especially for a youngster who never saw it coming. The devastation to our community from gun violence cannot be overstated. But for every kid in California and America, education is a “game-changer.” I know that but for my education, I would not be here today.  Education creates a pathway for anyone who dares to walk on it. With an education, you can get out of a neighborhood where guns rule the day. An education allows you to create economic opportunities to walk away from careers that ultimately depend on violence. An education helps you to open doors for others to follow.

So, I am helping to raise money for Delaine Eastin.  I agreed to co-host a fundraiser and to raise my voice to support her. If you can attend her event in Oakland on March 8th, International Women’s Day, please rsvp here. If you are not able to attend, please make a financial donation to her campaign. It’s going to be a long and expensive race to win. But there is a vintage joke that I love. It goes like this:

Whatever a woman does, she must do twice as well as a man to be considered half as good.  Luckily, this is not difficult!

It’s a joke! It will be difficult. But I’m also told that every time Delaine Eastin ran for office, most people counted her out. And then she won.