In Environmental Policies, Politics and Elections

I remember the first time I ever heard Tom Steyer speak. It’s 2014. We’re at the San Francisco Bay Area Lawyer’s Committee Annual Martin Luther King Luncheon. Tom stands before a thousand lawyers. Tom is not a great public speaker. He stumbles as he thanks us. Initially, I am not impressed with this person. He is not a lawyer.  As I listen to him speak, however, he gets my attention. He engages my understanding of global warming.  In short order and very dramatically, Tom Steyer has an impact on me and everyone else in the room. He makes us know and believe that climate change is the greatest threat to our existence on the planet. I quickly develop an appreciation for the work that Tom does to save the planet. Eventually, I join his organization, Nextgen Climate. 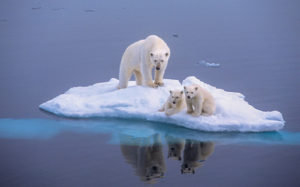 Climate change is not a hoax.  I have been haunted for years by the dramatic images of stranded polar bears. Polar bears swim in the Artic sea and live between the water and the sea ice. Global warming causes sea ice to melt.  Melting sea ice means reduced access to food, increased cannabilism, lower cub survival rates and increased drowning of these unique creatures, among other challenges. The U.S. Geological Survey projects that two thirds of polar bears will disappear by 2050. 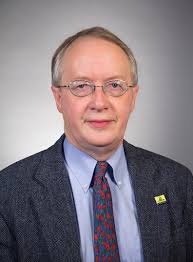 Myron Ebell is currently the Director of the Center for Energy and Environment at the conservative Competitive Enterprise Institute (CEI). Peabody Energy Corporation, America’s largest underground coal mining company, oil giant ExxonMobil and foundations controlled by the billionaire Koch brothers are major donors to CEI. CEI has been one of the most vocal opponents of the Clean Power Plan developed by the Environmental Protection Agency. The plan seeks to reduce carbon pollution in our air by 32 percent by 2030. It could result in the closing of many coal-burning power plants. CEI has published a “hit list” of Executive Orders it thinks should be repealed by President Trump.

In 2015, environmental activists in Paris labeled Mr. Ebell a “climate criminal” wanted for “destroying our future.” One Hundred and ninety-five countries, including the U.S. signed the Paris Climate Agreement to reduce carbon emissions worldwide. Mr. Ebell leads the Cooler Heads Coalition, a group of conservatives that focuses on dispelling “the myths of global warming.” He wrote an article called “Love Global Warming,” in which he states that “higher temperatures are killing people who are likely to die soon anyway.” He opposes the Endangered Species Act and the Paris Climate Agreement. He says that he wants more funding to “combat the nonsense put out by the environmental movement.”

If He Keeps His Promises

If Donald Trump keeps his campaign promises, he will shut down the EPA. We are facing the greatest threat to the planet in our lifetime. Donald Trump will leave us defenseless. He will certainly try to confuse the issue. He may try to force us into collective denial of all the scientific evidence of global warming. Mr. Ebell poses a particular threat to California because he helped kill national “cap and trade” legislation in 2009. We have our own “cap and trade” program which is a key component of California’s climate plan. How Mr. Ebell will try to undercut our state climate plan remains to be seen. His followers and supporters in the coal and oil industries may give him a few very bad suggestions. As California has led the nation on this issue, we will probably have to lead the fight to save the planet.

Will He Keep His Promises?

Compassion of Our Hearts