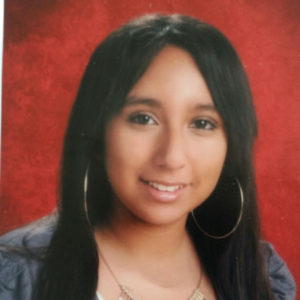 Since May 2016, the citizens of the Bay Area have been shocked and appalled by revelations of the abuse of power by Bay Area police officers.  The accused officers are in 6 different law enforcement agencies.  The central figure caught in the eye of the storm is a teenage girl.  She says that she has worked in the Bay Area’s commercial sexual exploitation marketplace since she was 12.

On September 1, 2016, we learned that this young victim had been shipped to a so-called “rehab” facility in Florida where she was promptly arrested, charged with a felony and carted off to jail.

Three horrifying truths have emerged in this crisis of corruption: (1) her sexual exploitation was cultivated, condoned and encouraged by law enforcement officials; (2) she is not the only child caught up in the Bay Area’s network of police sexual predators; and (3) her swift transformation from rape victim to felony assailant sends a clear message to all commercially sexually exploited youth in the Bay Area that you best not say anything to anybody.

For months, the teenage girl who was raped and exploited by police officers was the highlight of the news.  “Celeste Guap” was everywhere – from CNN to Youtube.  Some reporters demanded answers from police officials and focused on the lack of accountability and the pervasiveness of the problem.  Others elevated “Celeste Guap” to a Kardashian-like celebrity status.  Almost every interviewer seemed to ignore the obvious facts that she was a victim who was robbed of her childhood and that she needed a lawyer bad.  The obvious came crashing into everyone’s reality with her arrest in Florida.  While some of us were standing in front of the Richmond Police Department demanding transparency and accountability in her case, her carefully orchestrated transition from victim to felon had already taken place.  As part of her criminalization, her real name, Jasmine, was revealed as well as her home address, details about her medical treatment, her arrest and her transport to the jailhouse with her hands and feet shackled together in a hobble, a device that ties a suspect’s hands to their legs.

Even before the proverbial SH– hit the fan, no one in law enforcement was taking responsibility for “the brilliant idea” to send 19-year-old Jasmine to Florida for “rehab.”  The Richmond Police Department has denied any involvement in sending her to Florida.  The Alameda County District Attorney’s office responded to inquiries with a “no comment.”  The story out of Florida is that Jasmine, at 5 feet, 130 pounds, was being subdued by two security workers, both of whom are described as 6 feet tall and one weighing 230 pounds, and the other at 240 pounds.  The 6 foot, 230 pound security officer is identified as the victim of the aggravated battery felony charge.  His injury is a bite on the arm.  Jasmine was taken from the alleged rehab facility where she was allegedly detoxifying from heroin to jail, where she has been since August 29th.  She has no family there or any ties to Florida, or any reason to be there, other than someone in Bay Area law enforcement thought it would be a good idea for her to go there.  It will be very interesting to learn who persuaded Jasmine that this was a good idea and what law enforcement agency that person actually works for. 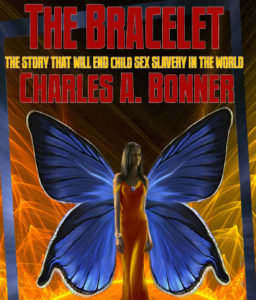 In 2009, Attorney Charles Bonner published a novel called The Bracelet.  It is based on a case he handled where at least four young women were kidnapped and held as sex slaves in Syracuse, New York.  The case and the story highlights the pervasiveness of sex trafficking in our country and around the world.  Jasmine has hired Attorney Charles Bonner to represent her.  Attorney Bonner insists that I assist him with the case.  Together, we have set up a freedom trust fund for Jasmine’s legal and medical expenses, and to assist any other commercially sexually exploited youth who have been preyed upon by the police or other traffickers.  We know that Jasmine is not the only one.  We know that her tragic story is not unique or unusual.  Indeed, as a former foster child who walked away from an obviously dysfunctional system, I can truly say “there for the grace of God go I!”

And so my heart bleeds for this child.  If your heart is touched by her ordeal, please go to the Jasmine Freedom Trust Fund and donate whatever you can for her rescue, recovery and redemption.  Help us send a message to the other victims who are still trapped and living in a nightmare of fear, addiction and exploitation that we really will not tolerate sex trafficking in our backyard.  Thank you.

The Jasmine Freedom Trust Fund is established and administered under the non-profit Bracelet Charitable Freedom Fund.  All donations are tax-deductible.