In America, money and race always matter, and usually, they rule the day. And yes, as Sister Stacey  Abrams points out in her phenomenal speech, politics “can be as rotten and rigged as you’ve always believed.”

But still, when everything you love is on the line, I hope you dance.

So yes, the race is over. But no, this is also “not a concession speech.”

The High Cost Of Housing Is Killing Us

When I announced my candidacy for Mayor of Oakland, I talked about how ‘the high cost of housing is literally killing us.” Today and for the last week, we watch helplessly, knowing that the recommendation to stay indoors – at home- because the very air we breathe is poison, is not an option for 6,000 Oaklanders. Most of them Black and Brown. This is the reality of the painful failures of the Libby Schaaf administration.

I cannot congratulate or celebrate those failures. I will not condone nor accept the “systemic cruelty” of our response to the homelessness crisis documented by the United Nations.

Thank You So Much

For this moment, for Oakland, despite the disappointing outcome, it was worth the fight. So I say thank you to all those who gave their time, money, heart and commitment to this fight. To those who staffed the office, wrote the postcards, dialed the numbers, text the message, walked the cards, and went to church, thank you. Whether you gave $800 or $15, thank you.

To all those, who wore the purple shirt with pride, thank you.

We bet on Oakland because Oakland has always been there for me. My mentor, Howard Moore Jr., taught me a long time ago, if you take care of the people, the people will take care of you.

So once again, I can say to my family, friends and supporters near and far, I’m ok. I survived the fight and live to fight another day. And thank you for being “the wind beneath my wings.”

And to all those who stand on the edge of the Arena, not sure if you can make it, I hope you dance.

“When the funds are low and the debts are high, don’t quit.” Everyone of us has an obligation to “keep the faith” and finish the race.

Our children are watching. A Luta Continua. 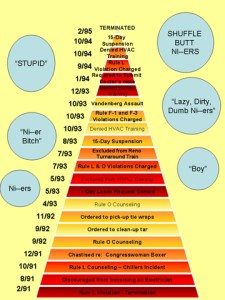 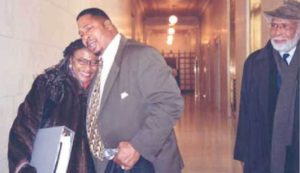 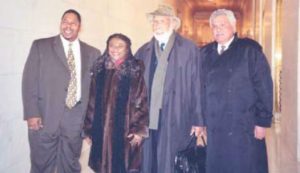 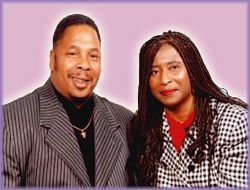