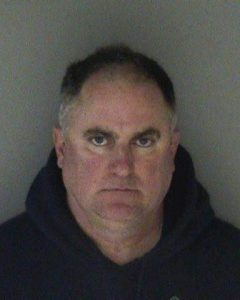 Former Livermore Police Officer Daniel Black is on trial.  He is one of dozens of Bay Area police officers who allegedly abused their power to sexually exploit my former client, Jasmine.  Black admits that he had multiple sexual encounters with 19-year-old Jasmine.  He claims the sex was part of “a private relationship” with Jasmine.  Black’s alleged conduct took place in April 2016 while the Oakland Police Department was trying to cover up Jasmine’s sexual exploitation by OPD officers.

In September 2015 OPD Officer Brendan O’Brien committed suicide and left a note “naming names.”  O’Brien’s suicide exposed the commercial sex trafficking of young women by law enforcement throughout the Bay Area.  Daniel Black was not one of the men named in the note.  Apparently he was not aware of the ongoing OPD cover-up and investigation. He is accused of going to Richmond to get Jasmine in April 2016, and using food and alcohol to compensate her for having sex with him.

Penal Code Section 266i (a)(2) provides that any person who “[b]y promises, threats, violence, or by any device or scheme, causes, induces, persuades, or encourages another person to become a prostitute” is guilty of pandering. Dan Black’s sexual exploitation of 19-year-old Jasmine was “pandering” her under the law.  The fact that someone has previously engaged in prostitution is not a defense to the charge.  Penal Code Section 266 is a felony.

Dan Black is on trial for five (5) misdemeanors.  He is charged with engaging in prostitution, engaging in lewd conduct in public and giving alcohol to a minor (under age 21).  Misdemeanor charges carry far less severe punishment than felony charges.  Misdemeanor convictions can include unsupervised probation or no jail time.  Felonies usually include some type of prison or jail time and significant restrictions of your constitutional rights, including the right to vote.  Dan Black is not charged with any felonies.  He is not charged under California’s human trafficking law.  This is very strange.

In 2012, California voters passed Proposition 35.  The law passed by a huge margin. 81.3% of voters said yes.  Prop. 35 is intended to fight commercial sex trafficking, particularly as it affects minors.  It changed the law to include more crimes in the definition of human trafficking, increase penalties for trafficking, provide more services for victims, change evidence rules in trafficking cases, require law enforcement training in human trafficking, and expand requirements for sex offenders.  As a result of the voters, Prop. 35 includes a violation of Penal Code Section 266.

Alameda County District Attorney Nancy O’Malley was a major supporter of Prop. 35.  Yet, none of the Bay Area police officers who sexually exploited Jasmine face charges under Prop. 35.  Not a single one.  This is the worst sex scandal to ever rock Bay area police departments.  This scandal cost Oakland 3 police chiefs in nine days.  These crimes will cost the City of Oakland and the County of Alameda millions of dollars.  Yet, none of the police officers charged in Alameda County are facing sex trafficking charges.  Not a single one.  It is as if Prop. 35 does not even exist.

What makes this situation even more bizarre is that prosecutors routinely overcharge defendants.  The practice of overcharging has become one of the hallmarks of our criminal justice system – a way to ensure that the system can actually function.  The only way the Courts can handle the number of cases charged by prosecutors is by getting plea bargains.  If every criminal defendant insisted on going to trial and refused to “take a deal”, the system would totally collapse.

In his book Why Innocent People Plead Guilty, Jed S. Rakoff writes that “our criminal justice system is almost exclusively a system of plea bargaining, negotiated behind closed doors and with no judicial oversight. The outcome is very largely determined by the prosecutor alone.” 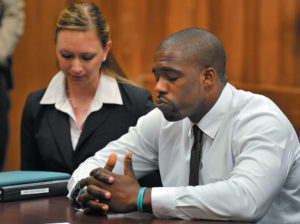 Jed Rakoff cites the case of Brian Banks from Long Beach, California.  Banks, who had been a high school football star with a scholarship to USC at the time of his arrest, served five years in prison for rape and kidnapping charges.  Brian did not actually commit the crime.

Brian Banks accepted a plea bargain under the advisement of his original lawyer.  He was freed in 2012 through the efforts of the Innocence Project.

Comparing Brian Banks’ case to Daniel Black’s case may seem like comparing apples to oranges.  But the real difference is that Brian Banks was charged and convicted of a crime he did not commit, while Dan Black is not charged at all with crimes he admits he committed.  Is this a case of “white privilege” or “badge privilege?”  Something is definitely wrong with this picture.  The artist in Alameda County is our District Attorney.

The Year of the Warrior