In December 2016, as I prepared to take my seat as an elected member of the Alameda County Central Committee, I expressed my intention to serve based on the inspiring messages from “the Politics of Trust.”  Fast forward to June 2017. The California Democratic Party is experiencing a “Politics of Trust” moment as the battle for Chair of the Party continues.

The Audit & the Challenges 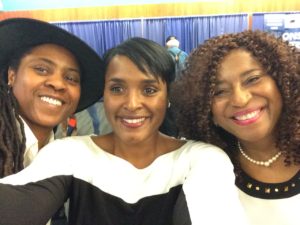 On May 22, 2017, a small crew of folks gathered in the office of the California Democratic Party. We were there to start an “audit” of the ballots cast in the CDP elections. I served that first day as a legal observer on behalf of the Kimberly Ellis campaign. Others also stepped up that day and later in the week to support Kimberly’s effort to ensure fairness and transparency in our election.

Everyone should support that effort. Fair (open and free) elections are supposed to be the hallmark of a democratic society. Without getting into specifics, the questions for our CDP elections is both how the votes were cast and who actually voted. These questions have also prompted challenges in two other Officer positions and a majority of the Regional Director positions.

The CDP bylaws provide for a challenge based on a violation of the CDP bylaws. The CDP’s Compliance Review Commission has six (6) members. This Commission has the power and authority to take such actions as are necessary to provide a fair and just remedy including, but not limited to, the holding of new elections.

The Ellis challenge is firmly grounded in a tradition of democratic demands for election fairness. I learned “election protection” firsthand in 2008 when along with thousands of lawyers, I volunteered to observe the presidential election.  Because Barack Obama’s candidacy was so earth-shaking, many people feared the election would be stolen away. Lawyers from everywhere traveled thousands of miles to cover the entire country. We were there to ensure fairness and transparency.

Long before Barack Obama, however, “outsiders” learned that having eyes on the process makes it harder to hide election fraud. His adopted hometown, Chicago, is the perfect tale of election fraud and election reform. The famous Chicago political machine engaged in every form of trickery from 1928 until the 1980s. In 1983, Mayor Harold Washington created the city’s first Freedom of Information law, allowing journalists and others to obtain and analyze election records.

As one writer points out, our electoral system is widely viewed as an anomaly in the western world today because of persistent problems, such as reliability of voting machines; frequent bureaucratic incompetence; the lack of uniform standards from state to state, or even county to county; the systematic exclusion of millions of formerly incarcerated citizens; and the tendency of election officials to adopt rules that benefit their party over democracy itself.

These problems are rooted in a political system designed to guarantee rich White male supremacy. Women, Black people and poor White men were intentionally excluded from the right to vote from the beginning. As a result, our history has been about some of us fighting to overcome ingrained privilege while others fight to preserve it. Furthermore, it seems as long as we struggle to infuse the political system with integrity, it gives free reign to people who plan to cheat and unfairly influence the process. I suspect that California State Senator John Vasconcellos was right that we have to change the basic calculus of politics. 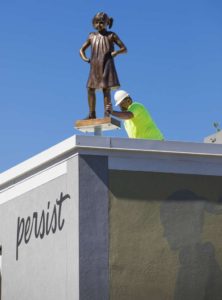 This is a large moment in history for the California Democratic Party.  The headquarters in Sacramento is dedicated to working people in California. The walls are decorated with commemorations to the lives and legacy of Congressman Phil Burton and his wife, Sala Galante Burton. Notably, Sala’s perspective seems especially relevant in this moment. According to Sala, “politics is everybody’s business. The air you breathe is political—it isn’t just a game for certain people. We must all be vigilant in terms of whom we elect to office, vigilant in terms of our civil rights and liberties.” 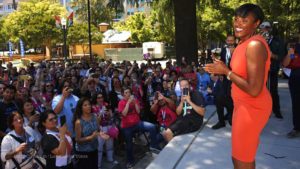 I’m sure Sala Burton is smiling down on Kimberly Ellis and thanking her and her supporters for their vigilant demand for fairness and transparency in this election. After all, the CDP is the largest state democratic party in the country.

If the Compliance Review Commission does not pull out all the stops to benefit democracy over intra-party loyalty, it will be exposed for all to see. All eyes are watching. Hopefully, these Commission members appreciate their singular role in resolving not only the challenges, but also restoring trust in the process. I hope they are people of courage and integrity. “The Politics of Trust is demanding more and better from each and all of us.”* #StayWoke!