In our discussions about mass incarceration, the plight of women in prison is often ignored. The California Coalition for Women Prisoners is sounding an alarm. The alarm says that since 2013, there is an epidemic of dying women in the California Institution for Women (CIW) including suicides.

On November 10, 2016, inmate Bong Chavez hung herself from a ceiling vent. For 2 weeks before she killed herself, Bong requested mental health services. She also allegedly told an officer she was suicidal. Bong was serving time for killing her own child in 2011. When she killed her child, she reportedly suffered from “significant mental health issues” including a brain tumor. She ended up in CIW after pleading “no contest” to voluntary manslaughter.

CIW is in Chino, California, about an hour east of Los Angeles. The suicide rate at CIW is 5 times the suicide rate of all California prisons and 4-5 times more than the national average for female prisons.

In January 2016, Lindsay Hayes, a nationally recognized expert in the field of suicide prevention within jails, prisons and juvenile detention, completed a court-ordered suicide prevention audit of all of California’s prisons.  Hayes found that CIW is “a problematic institution”  which “exhibited numerous poor practices” in the area of suicide prevention. His report found that CIW staff recorded more than 400 emergency mental health referrals for suicidal behavior in a six-month period in 2015, but only nine were entered in the mental health tracking system. Staff apparently was not completing required forms to refer inmates for mental health services.

Overcrowding in California’s prisons is normal. As of October 2013, CIW was designed to hold 1,398 inmates. In fact, the number of women housed there was 2,155, almost 800 more than its maximum capacity. In July 2016, the total number of inmates was still almost 500 women over capacity at 1,866.

With overcrowding comes a lack of supervision of officers and prisoners. Overcrowding causes a widespread inability to access programs, as well as delays and inadequate medical and mental health care. Safety and security, the hallmarks of CDCR’s mission, are severely comprised inside the institution. CIW reportedly has a very high rate of methamphetamine use. “Jackie,” currently incarcerated at CIW, blames the overcrowding for what she calls “an extreme increase in the internal drug trade in the prison system and all the associated fights, lockdowns and increased restrictions.”

In July 2016, a woman formerly incarcerated at CIW sued CDCR for rape and sexual assault.  She alleged that her assailant, Officer Michael Ewell, had sexually assaulted a female correctional officer at another institution and impregnated another female inmate before he sexually assaulted her.

On July 30, 2014, Margarita Murugia was found hanging in her cell. She was reportedly distraught because her requests to see her dying mother were denied. 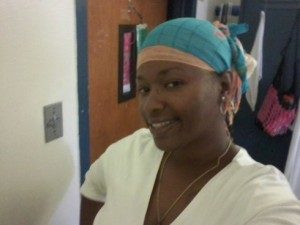 Before her, Shadae Schmidt, better known as DaeDae to her friends, was found dead in her cell on March 14, 2014. She suffered a stroke in February 2014 but was placed in solitary confinement less than 3 weeks later where she died. 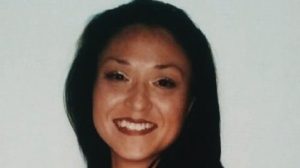 Processed with VSCO with c8 preset

Erika was 14 years old when she was charged as an adult in LA County. Facing a double life sentence for attempted murder, Erika took a plea deal for to 19 to Life. Erika was 16 years old when she was sent to state prison. At the time of her death, she was serving her 21st year of incarceration. She suffered from mental health issues attributable to her incarceration as a youth, including at least four indefinite terms of 2-3 years each in solitary confinement. 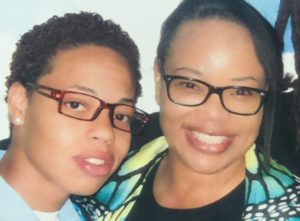 Shaylene Graves died in June 2016, also an alleged suicide. She was only six weeks away from being released. She was planning how to work to help others after she got out. Shaylene had served 8 years for being the getaway driver in an armed robbery. She was just 19 years old when she was arrested. Her family is doubtful that she hung herself and continues to demand answers and accountability.

What Can You Do?

There is a petition online asking Governor Brown and the California State Senate to investigate the deaths at CIW.  I urge you to sign it and support the efforts to address this tragic situation.

Compassion of Our Hearts